The edHUB, A Community-Based Approach for Children at Risk 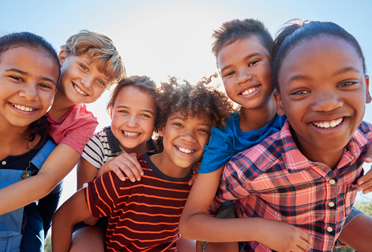 A host of issues impede the ability of Law Enforcement to provide safety and security to school children.  Poverty, crime, addiction, parental indifference stretches the resources of both the Criminal Justice and Educational System. The edHUB provides a promising, community-based opportunity to address children at risk.

Framing the Challenge
Reacting to juvenile delinquency problems or child neglect calls taxes Law Enforcement resources. Lacking probable cause for an arrest, the officer seeks an intervention, a frequently frustrating and time consuming task. This method of service equates to “placing a Band-Aid on a gunshot wound!” The wound may be covered and appear innocuous from the outside but the prognoses is still extremely serious if left untreated.  A paradigm shift is needed to increase efficiency and embrace a proactive approach to addressing concerns of reported neglect, abuse, and homelessness.

Likewise, Local Educational Agencies (LEAs) respond with awareness campaigns and activities around such issues as bullying and drug and alcohol abuse.  LEAs also sponsor activities, not just to fill time, but to further develop educational, social and athletic/physical development. Such programs serve as an effective alternative for those who might otherwise be tempted to engage in undesirable activities.

These interventions are well-intentioned and generate positive results. But it’s not enough.

To further our understanding of the challenge to respond effectively to children at risk, consider a report by the Center for Disease Control that identified risk factors, whose very nature is, at times, outside of the control of Law Enforcement and the LEA.

An understanding of the above listed risk factors provides a segue to a unique and effective approach to children at risk.

Response to a Need
We believe that a viable approach to addressing children at risk can be found in Phoenixville, Pennsylvania. Specifically, the Phoenixville Area School District (PASD) has a program called the HUB, which is a modification of a program used in communities in both the US and Canada.

About Phoenixville, Pennsylvania
Phoenixville is diverse in many respects. They have a vibrant “Main Street” area with a growing number of restaurants that draw from the surrounding region. Immediately beyond that area, there are many row homes, moderately priced, that contribute to the feel of an urban setting. Going out to the further reaches of the Borough are expensive houses with a very suburban/rural feel.

The white population is 81%, with a fairly even split between African-Americans (8%) and Hispanics (7%)ii.

Phoenixville possesses a strong sense of community. They are home to a multitude of nonprofit social agencies. At the core is The Phoenixville Community Health Foundation that provides both a forum and funds to address a range of community issuesiii.

The Phoenixville Police Department is one of only four police agencies in Chester County, PA that is accredited. They are one of three agencies within the geographic area of the PASD. The other two agencies are in Schuylkill and East Pikeland Township.

The PASD enjoys a positive reputation in both the community and in the region.  For example 88% of their graduates pursue higher level learning opportunities.  Additionally, their PSSA (Pennsylvania System of School Assessments) scores are materially higher than statewide averages.

Clearly, the Phoenixville Area School District is a high-performing LEA in a highly diverse community. In some respects, Phoenixville may be viewed as a microcosm of our society as a whole.

The edHUB Concept
As originally envisioned, a HUB is a community-based group from an array of Criminal Justice, Social Service and Community organizations that embrace a preventive posture addressing those with elevated risk to themselves or to the community.

The concept originated in Scotland, developed in Canada and is now being used in different parts of the US, specifically in the neighboring community of Norristown, Pennsylvania. The HUB was originally intended to address crime and is primarily driven by law enforcementiv.

Dr. Chad Nilson, from the University of Saskatchewan, authored an evaluation of the HUB used in Prince Albert, Canada and offers the following description:

“The HUB is structured as a venue for human service professionals (hereafter referred to as discussants) from a variety of disciplines, to meet and collaborate on interventionist opportunities of addressing situations of acutely elevated risk”.v

The HUB seeks to:

Drawing on the Norristown experience, Phoenixville established a HUB but with a unique twist.  The Phoenixville HUB addresses “at risk” students only and is driven by the PASD.

To differentiate the Phoenixville HUB from the conventional HUB model we use the term edHUB (ed referring to education).

The program started in October, 2016 and the edHUB group has identified a multitude of cases of children at risk. Meetings are held every third week for 90 minutes (time limits are strictly enforced). Attendees are required to sign a confidentiality agreement.

Individual case profiles, without names, are displayed on a screen. The profile includes a brief problem description, applicable risk factors and the identification of the initiating, lead and supporting agencies. Each case is accepted or rejected for further action.

The profile includes follow-up notes that may be addressed in subsequent meetings.

Attendees include representatives from the three local Police Departments and Chester County agencies, along with an array of community organizations.

edHUB Effectiveness
Many of the edHUB participants provide access to meaningful interventions.

For example, since the edHUB inception, the Phoenixville YMCA provided $30,000 in services and memberships. These are not just giveaways.  Each is a response to a specific situation and a specific need.

Too often, the Committee is presented with situations where elderly grandparents are trying to raise adolescents.  In response, members of the Committee helped organize a Grandparents’ Support Group.

Homelessness is often cited as an issue.  Organizations like Ann’s Heart and Orion have stepped up to address crisis situations by providing shelter and navigation support for the families confronting homelessness.  Alianzas de Phoenixville responds to the needs of the Latino Community and a regular contributor to the edHUB meetings.  They help break down the cultural and language barriers that potentially compromise interventions for children in the Latino Community who are at risk.

While some interventions respond to societal issues such as homelessness or adapting to a new culture, others can be very specific as in the case of one young man, intending to pursue a career in the military.  An otherwise “good kid”, his career path was threatened by occasional irresponsible behaviors and a fear that such behaviors could escalate.  Our State Representative offered an incentive.  If he behaves he could receive a scholarship to the prestigious Valley Forge Military Academy.

Unfortunately, the Committee also hears cases, on a consistent basis, involving poverty, homelessness, addiction and most disheartening, parental neglect. Consider the case of young Johnnyvi, a very likable kid who has been dealt a bad hand.  His mother is deceased and his father is incarcerated.  In spite of this, things are going well thanks to a mentor, until the mentor had to relocate and the father returns and assaults his father, Johnny’s grandfather.  Now he is acting out, fighting and seeking acceptance by the wrong crowd.  When pressed for an explanation for his behaviors, he replies, “Because no one loves me.”

The Committee is loath to write Johnny off.

Perhaps buoyed by other successes and the overarching and unwritten objective of not abandoning children at risk, the Committee forges on.  At the same time, they are acutely aware of societal failures and regulatory weaknesses that unfortunately surround children at risk.

edHUB Challenges
The original HUB model was designed to operate at two levels.  The first, as currently used in both Norristown (individuals at risk) and Phoenixville (children at risk), operates at a tactical level.  The second is at a strategic level where a separate group addresses problems with those systems impacting children at risk, such as the Health Care and Social Service System.

For example, there have been several unfortunate situations where children in crisis, stemming from behavioral health issues, have not received proper attention from hospital emergency rooms, county-sponsored behavioral health providers and others.  In one case, a girl in need of behavioral health care, was shipped off to Pittsburgh, over 300 miles away, was hospitalized for approximately one week and released with no indication of treatment received or details on a follow-up plan.  We have yet to hear from this individual or her family.

The Greater Phoenixville Area Mental Health Advisory Council is aware of this and other situations and is working with various interested parties to develop solutions.

Another area of frustration is the response, at times, from the County Agency, Children, Youth and Families (CYF).  For example, in Pennsylvania, Act 126 requires reporting on suspicion of abuse.  Unfortunately, the response back is slow, leaving the reporting teacher and the District in limbo.

Our CYF representative provides explanations of regulations that require stringent standards for CYF intervention, frustrating those who believe that poor parenting skills increase the risk for their children.

Such cases expose issues emblematic of systemic failures and the conundrum of balancing parental rights against the plight of children at the hands of incompetent parents.

The Outlook
At the end of one HUB meeting, a Committee member commented “I love these meetings.  We get things done.”  And while there have been a number of positive outcomes and the workings of the Committee are intuitively beneficial, the process has not yet been subject to rigorous scrutiny that clearly establishes the efficacy of the process.

There is reason to believe that some positive outcomes never reach to the record keeping of the Committee.  During one meeting, a Committee person asked if funds were available to reward some of the children at her facility for a job well done.  There was no response. It was after the meeting that one member slipped her $30.  When the Committee member tried to express gratitude, or submit letter of thanks, the individual making the contribution, seeking to remain anonymous, merely waived his hand and walked away.

The future of the Phoenixville edHUB has never been, nor is it expected, to be challenged.  The more difficult question addresses missed opportunities for other LEAs to tackle the legal, financial, practical and moral imperative of addressing children at risk.  Anecdotally, we hear pushback citing the availability of time or the claim that such problems “don’t exist here.”

Moving Ahead
The edHUB will not solve every problem nor save every child. Tragically, one of our teenagers was a victim of violence and their life was ended before it truly began. Traditional Law Enforcement initially focuses on the victim, the suspect and ultimately justice being served. Progressive Law Enforcement agencies realize that the burden of all societal difficulties do not rest squarely on the shoulders of the police. We must augment our tool kit moving forward to help alleviate our caseloads. Having a support system like edHUB ensures our community that a senseless act, a homeless family, or troubled child will not be neglected by slipping through the cracks of the system.  Diminishing risk factors and sharing information is vital to our community’s future. Collaborating with public leaders, social services, and stake holders exponentially increases the chances of a successful outcome.