In 1986, 5-year-old Korry Franke stared out the window of a U.S. Air jet and was captivated by the view he saw. 27 years later, Korry became the youngest captain then flying for United Airlines, a moment he thought was the finish line for the success he had chased. But over the following year, Korry came to realize that that moment wasn't a finish line at all; rather, it was the beginning of an even greater journey--one that would take an entire lifetime to achieve. The story of Korry's leadership journey as a new captain and how that journey changed the way he viewed success--and perhaps how you will, too--is told through his memoir, 3 Feet to the Left: A New Captain's Journey from Pursuit to Perspective. Now, the airline pilot, speaker, and author merges his years of airline leadership experience with the creativity he's honed as an accomplished jazz pianist, the discipline he's developed as a two-time marathoner, and the real-world business acumen he's gained as a Penn State University MBA graduate to help people and organizations soar to success by learning to embrace their captain's mindset. When Korry isn't flying or inspiring others with his keynotes, he's usually hiking with his wife, reading books to his young daughter, or volunteering with charities such as United We Care, where he serves on the employee relief fund's Board of Directors.

Mike is Principal of IntegrityWorks Coaching, an integrity-driven coaching, training and consulting company focused on planned and purposeful growth for individuals, teams and organizations, with a specific focus on sales, leadership, communication and team development. Mike is an Authorized Partner & Facilitator in Everything DiSC and The Five Behaviors of a Cohesive Team. Mike is also author of three books, 60 Second Time Out, 60 Second Leadership and 60 Second Perspective written to bring personal and professional development to sales and business leaders. Published in four countries, Mike’s books have reached sales exceeding 50,000 copies worldwide. 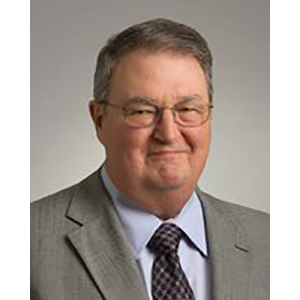 Bob’s primary practice is public entity liability/civil rights. He has served as lead counsel in approximately 100 jury trials, mostly in federal courts. In over 35 years of litigation practice, his experience includes handling claims under the Americans with Disabilities Act, the Family Medical Leave Act, the Age Discrimination in Employment Act, and Title VII. He has also handled claims asserted against governmental entities. He litigates premises liability and insurance coverage cases. A former adjunct professor at Villanova University, Bob has lectured to elected officials, police officers and insurance organizations, covering multiple topics including PA Act 120 and Act 180 curriculums for police on the use of force. Bob frequently serves on Use of Force Course Development Committees. He has also prepared and published articles on various municipal liability topics, including the Pennsylvania governmental immunity statute, governmental liability and employment law matters.

Elizabeth practices civil litigation concentrating in the defense of individuals, companies and public entities. She also handles matters involving eminent domain and family law. Prior to joining the firm, Elizabeth attended law school and held legal internships at civil litigation firms in Philadelphia during her summers. During law school, she was an editor of the Penn State Journal of Law and International Affairs. She also served as a Certified Legal Intern for the Penn State Family Law Clinic as well as for the Penn State Rural Economic Development Clinic. Elizabeth is a graduate of Carnegie Mellon University with a major in Ethics, History and Public Policy and a second major in International Relations and Policy. She received her Juris Doctor from the Pennsylvania State University Dickinson School of Law in 2017.

Kris has been lead counsel in the litigation of over 300 claims arising from an amendment to the PA Workers’ Compensation Act to include cancer in firefighters as a presumptively work-related occupational disease. Kris handles a variety of cases involving toxic exposure and cardiac conditions, along with general employment and workers’ compensation cases. He has argued at the PA Supreme Court on issues of constitutional law, statutory construction, and evidentiary standards. In addition to his work in the courtroom, Kris has consulted on several pieces of legislation and has testified during PA and OH legislative sessions. Kris graduated from Muhlenberg College with a bachelor’s degree in History and Political Science with additional work in biochemistry, then worked in the pharmaceutical industry for several years. He obtained his J.D. from Widener University School of Law, graduating cum laude and earning several awards. Kris interned at the Chester County District Attorney's Office, Independence Blue Cross Office of General Counsel, and the health care fraud department of The United States Attorneys' Office for the Eastern District of Pennsylvania.  He is accredited by the Department of Veterans Affairs to represent veterans before the Board of Veterans’ Appeals. He serves as a board member of the Pennsylvania Self-Insured Association.

Bernadette is a strategic internal and external communications leader with more than 15 years of experience spanning the media, government and corporate sectors. She has an expansive work history including: Freelance Reporter for The York Dispatch newspaper, Assignment Editor for FOX43 News, Public Information Officer for York County Office of Emergency Management, Communications Manager for Exelon Nuclear’s Peach Bottom Atomic Power Station, and Communications Manager for Harley-Davidson Motor Company (York Plant). Bernadette has provided on-scene interviews, press briefings and media management during a number of high-profile emergency incidents and a variety of crises.  These include: a major explosion at an adhesives production facility, the Nickel Mines Amish School shooting, security guards sleeping while on-the-job, high levels of radioactive material found in groundwater, severe weather events, and hazardous materials incidents. Bernadette earned a Bachelor of Arts degree (magna cum laude) in Mass Communications with minors in Public Relations and Marketing from York College of Pennsylvania.

Scott is Principal Consultant, Senior Vice President and Director of IBC, Inc., an independent risk management and insurance consulting firm. Since joining IBC in 1989, Scott has worked on behalf of a variety of governmental, manufacturing and real estate clients. He has worked on many special projects including self-insurance feasibility studies and start-up, statistical analyses of group self-insurance trusts and fronted programs, as well as more traditional risk financing methods. He has overseen and/or conducted requests for insurance proposals, as well as performed reviews of insurance policies, contracts and alternative financing mechanisms. He continues to consult for self-insurance trusts in underwriting, coverage review and interpretation, regulatory compliance and support for actuary, financial and loss control functions. IBC has served as a valued service provider for PennPRIME since 1992.

Ed has 31 years with the Borough of State College, with experience in public parking operations, facilities management, refuse services and composting operations, and was appointed to his current role in early 2019. Ed has held certifications in public parking, recycling and sustainable materials management in his professional career, and has presented at seminars and conferences of the American Public Works Association, the Professional Recyclers of Pennsylvania, the Association of College Administration Professionals, the International Parking (and Mobility) Institute and the Pennsylvania Parking Association. Ed graduated from Penn State with a BS in Accounting.

Megan Romano has worked for Drayer Physical Therapy for 16 years as a Physical Therapist Assistant. For the last 8 years, she has focused on Industrial Rehabilitation where she performs a variety of duties, including functional screens, POET's, ergonomic assessments, creating functional job descriptions and developing safety programs for a variety of companies, and treatment of work conditioning patients. Megan is currently the Director of Industrial Rehab for Work Link at OSS ensuring appropriate care management of our “industrial athletes”. Megan brings a passion and skill set that is unique among therapists in addressing the worker’s needs and is integral in promoting safe return to work and stay at work.

Over the past 20 years, Chuck has gathered extensive experience in developing, implementing, and managing employee safety programs. He has worked closely with trade associations, and federal, state and local government agencies, assisting in developing and conducting training on programs for use by public sector employees, including Chemical Right-to-Know, PA Certified Safety Committee, Confined Space Entry, Electrical Safety, Workplace Physical Safety, and Bureau of Workers Compensation Accident and Illness Prevention Programs (AIPP). His experiences, along with his degrees in Electrical Engineering and Environmental Sciences, give Chuck a depth of understanding of technically intricate processes, and the ability to understand and convey how safety topics can be effectively applied to real-world situations.

Angela came to PennPRIME with rich experience, having been in the insurance industry for over 30 years. Prior to her role as the PennPRIME Claims Coordinator, she served as Chief of the Self-Insurance Division at the Bureau of Workers’ Compensation. She also held several industry positions as a claims adjuster, customer service representative in personal lines, account executive in commercial lines, and worked with other self-insurance groups. Angela’s vision for PennPRIME’s future is to keep our commitment to the member as the Specialist in Your Corner. She believes in helping our members be the best they can be for their residents and employees by being a guide and extension of their team in keeping their communities safe.

Cheryl has been championing employee safety through personalized service and engaging training for members of PennPRIME since 2001. She has worked closely with Trust members at all levels of their organization to assist them in minimizing risks unique to municipal entities. Prior to her position with PennPRIME, Cheryl worked for a manufacturing company, serving first as a Process Engineer, then as Environmental, Health and Safety Director.

Back to Conference Section