Welcome New Board Member and Staff 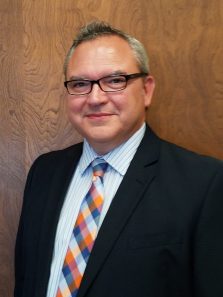 We are pleased to welcome Gregory Wilson to the PennPRIME Board of Trustees.  Greg serves as the Assistant Manager for the City of Lock Haven, which was a founding Member of the PennPRIME Trust and one of the initial Members of the PennPRIME Workers' Compensation Trust.

The City of Lock Haven is a third-class city in Clinton County governed by a seven-person council, including the Mayor.  The city is host to Lock Haven University and has a staff of 52 full-time and 13 part-time employees, serving a population of 9,549, spanning 2.7 square miles.

Greg is a graduate of both Lock Haven University and Penn State, from which he earned a Master of Public Administration in 2013.  The valedictorian of the 2016 Pennsylvania Department of Community and Economic Development (DCED) School of Municipal Government, he is also an alumnus of the Penn State Rural Urban Leadership Program.  Prior to working for the residents of Lock Haven, he was an Aid to the City Manager of Warren where he began as a DCED Champ Holman Intern and was awarded the American Society for Public Administration’s Graduate Student of the Year Award for his work there.  The former Director of the Pennsylvania Underground Railroad Convention, Greg has an interest in seeing the success of public-private partnerships and intergovernmental collaborative efforts to improve the quality of life of community residents.  Greg looks forward to bringing his private and public sector experience to the issues that face PennPRIME.

We are also pleased to welcome Angela Tennis to the PennPRIME staff as our Claims Coordinator.  Angela comes to PennPRIME with 30 years of insurance experience.  Her most recent position was the Chief of the Self-Insurance Division in the Bureau of Workers’ Compensation. She previously worked for another group trust for colleges and universities. Her other insurance experience includes: claims adjuster, account manager, COO of Aon’s Higher Education Practice and insurance broker.  Angela has a Bachelor of Science in Economics with a minor in business and an Executive Masters of Business Administration for Strategic Leadership, both from the Pennsylvania State University.

Raised in central PA, Angela loves the four seasons but fall is her favorite. She lives with her husband Skip and daughter Bonnie in Lewisberry and their fur family includes Murphy (a Great Dane-Black Lab mix) and two kittens named Ebony and Ivory.  When asked what her favorite hobby is, Angela immediately replied that she loves to read, make quilts and is a news junkie.